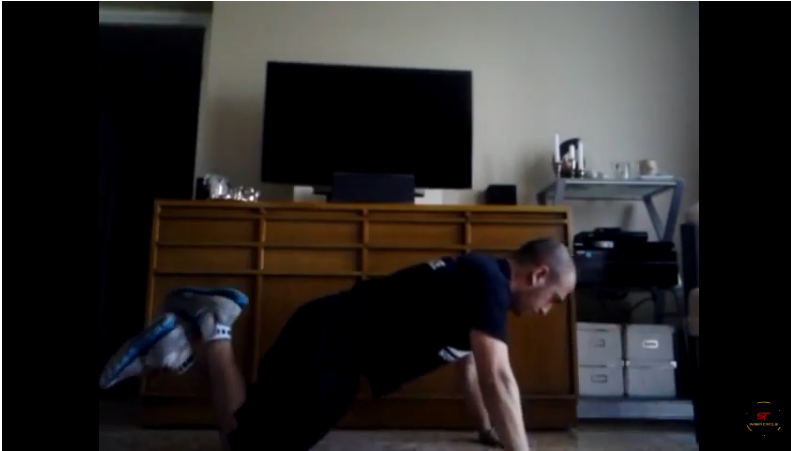 “Girl” Push-Ups Are a Waste of Time

I’m not one to make overarching generalizations…

but “Girl” Push-ups are ignorantly named and a complete waste of time.

Not sure what “Girl” Push-Ups are? For illustrative purposes only, I [begrudgingly] performed them in the video below:

But wait a second…

Why Are “Girl” Push-Ups a Waste of Time?

The idea that guys and girls need to perform different types of push-ups is a display of pure ignorance. Why should girls perform an easier push-up variation than men? I coach women on a daily basis and many of them can perform more push-ups (and pull-ups) than men…and with better form!

Don’t believe me? Watch Ashley as she bangs out 8 perfect push-ups…

Many women – as well as men – are unable to perform a strict push-up. That being the case, it’s important to find a suitable regression that will allow them to reap the same benefits of a standard Push-Up.

Instead of the “Girl” Push-Up, I prefer the Hands Elevated Push-Up as shown below:

The Hands Elevated Push-Up is better than the “Girl” Push-Up for a variety of reasons, not least of which is that it’s easier to progress and regress. For example, to decrease or increase the difficulty of the Hands Elevated Push-Up we simply need to raise or lower the height of the hands respectively. From there we can progressively lower the trainee further and further until they’re performing a standard push-up.

Unlike the standard Push-Up and Hands Elevated Push-Up, the “Girl” Push-Up forces the knees to remain flexed. As a result, it’s difficult to reinforce total body tension – notably in the quads – as those tissues are lengthened and/or unable to contract as efficiently. As any good coach will tell you, learning how to create total body tension and use it to increase strength is of the utmost importance, even during bodyweight exercises such as the Push-Up.

4) It Hurts the Knees

This ones obviously a cop-out but, let’s be honest, doing push-ups on the knees is anything but comfortable. Granted, we could always use an airex pad to make it less painful but then you’d be that guy doing “Girl” Push-Ups on an airex pad and…well…no one wants to be that guy.

I hope you enjoyed this post and, as always, if you have any questions, comments, or suggestions you can leave them in the comments section below.
Never Minimal. Never Maximal. Always Optimal.
-J