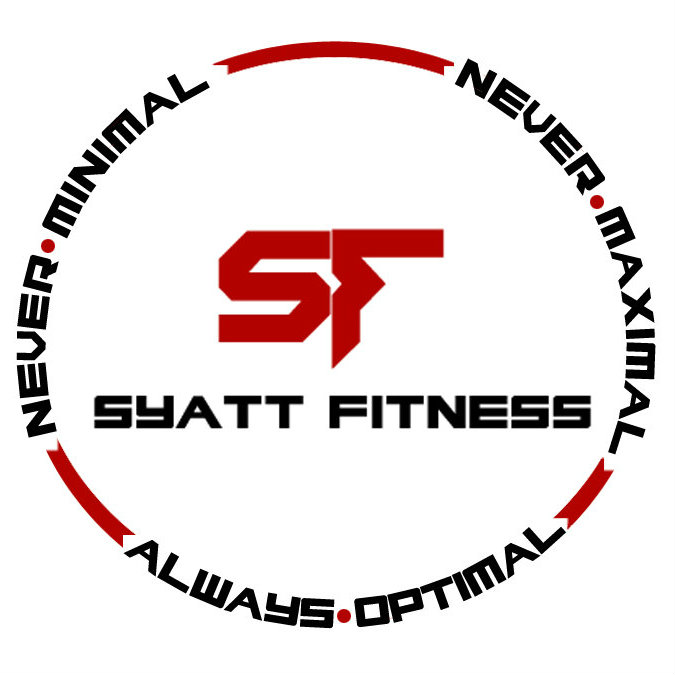 Granted, some individuals are certainly more focused (possibly obsessed?) on maintaining a low body fat than others, however, I’ve yet to come across a person who doesn’t want to look halfway decent when the next pool party rolls around.

As I come from a Powerlifting background and have been fortunate enough to train with some of the best lifters in the world, I’ve met and spoken with a lot of strength athletes in search of the optimal method for increasing strength and improving overall performance.

While generally speaking, Powerlifters and strength athletes have their priorities set on becoming as strong as possible, the majority of them still would like a respectable physique.

When discussing topics within this realm, common questions begin to arise, such as:

1)      Can we gain strength while achieving and/or maintaining a low(er) body fat?

In response to the first question, the answer is yes. It may not be easy, but it can definitely be accomplished. Additionally, it’s important to realize that if your main goal is optimal strength performance, it may not be wise to try maintaining 6% body fat year-round. Regardless, achieving and maintaining a relatively low body fat while gaining strength is certainly an achievable goal.

The rest of this article will focus on answering the second question via my interpretation of a nutritional strategy which I believe presents trainees with a viable and efficient method which allows them to increase strength while achieving and maintaining a lean physique:

In the past, and to a lesser extent currently, many Powerlifters assumed getting as big as possible was necessary for optimal performance.

While the GFH method (i.e. gaining as much mass as possible regardless of its composition) used to be the norm among Powerlifters, the community in general has recently begun to understand that rapidly gaining tremendous amounts of excess weight is neither obligatory, nor always optimal, in order to achieve their goals.

I’d note that under certain conditions some individuals may benefit from putting on as much as weight as possible in a very short period of time. Notably, elite strength athletes looking to compete in a certain weight division or “hard gainers” who have difficulty gaining weight may do well experimenting with GFH.

In addition to the mainstream, many Powerlifters and strength athletes still live by the long-standing dogma that a higher meal frequency (i.e. eating numerous smaller meals throughout the day) is not only necessary, but inherently better than lower meal frequency diets. As such, many of them allow eating to rule their life, becoming more or less obsessed with eating every 2-3 hours lest they instantly become catabolic, (more on this specific bit later).

While some trainees may function optimally by eating smaller meals more frequently throughout the day, it’s important to understand and recognize the fact that it is by no means compulsory, and some individuals may do better by reducing meal frequency and eating fewer, albeit larger meals throughout the day.

At this point, it’s time to discuss Intermittent Fasting in detail.

In the last decade or so Intermittent Fasting (IF) has sparked a great deal of controversy among training and nutritional professionals, the medical community, and more recently the general public.

Basically, IF represents a specific frequency in which a person eats. Unlike most fad diets which require the inclusion/exclusion of certain foods or macronutrients, IF strictly refers to the pattern of one’s daily eating schedule.

There are various ways to practice IF, including Martin Berkhan’s Lean Gains Method, Brad Pilon’s Eat Stop Eat Method, and Ori Hofmekler’s Warrior Diet Method. While each of these systems are markedly different from one another, the key similarity between them all is a specified period of time spent fasting (i.e. not eating) followed by a pre-determined period of time spent eating.

In an attempt to simply and effectively illustrate what IF entails, below I will provide a brief example of a common mode in which I incorporate it with myself and my clients. Please note this is strictly one example and is absolutely not the only way to use it.

8:00am-2:00pm: Fast with the exception of 0-calorie beverages such as coffee, water, tea, and diet sodas

As you can see, this set-up is specifically geared towards individuals who train in the early afternoon. If you train earlier in the day or later at night, you may need to shuffle your fasting/feeding windows around to make the most effective schedule for you.

In the simplest terms possible, IF is a lower meal frequency way of life which allocates a pre-determined period of time spent eating and fasting each day. Through setting a time-limit on when you can and cannot eat, many individuals find it significantly more difficult to overeat, subsequently making fat loss and maintaining a lean physique easier to sustain in the long-run.

While incorporating Intermittent Fasting it’s important to keep in mind the lengths of the fasting/feeding windows are somewhat arbitrary. As long as you’re fueling your body appropriately pre/post training and eating sufficiently to support your specific goals, there is no reason to concern over insignificant details of the sort.

As I alluded to before, many individuals whole-heartedly believe in the commonly touted beliefs that breakfast is the most important meal of the day and eating every-so-often is necessary to avoid catabolism. However, not only is there a lack of any meaningful evidence to support these claims, but studies have consistently shown meal frequency does not affect whole-body glucose, lipid, or protein metabolism.

Of notable significance to Powerlifters and strength athletes alike, a study performed by Karli and colleagues clearly demonstrated that fasting during the month of Ramadan showed no effect on anaerobic performance in power athletes. To quote the authors directly: “The main results of this study revealed that if strength/power training is performed regularly and daily food intake, body fluid balance and daily sleeping time are maintained as before Ramadan, Ramadan fasting will not have adverse effects on body composition, anaerobic power and capacity, and LA (lactic acid) metabolism during and after high intensity exercise in power athletes.”

The key point I want readers to take from the current research on IF is that neither a high or low meal frequency is inherently better than the other. As long as adequate and optimal training is regularly performed, a proper calorie and macronutrient ratio is maintained, and a sufficient sleep cycle is adhered to, it doesn’t matter whether you follow an Intermittent Fasting protocol or not.

That being said, I can say from personal experience with myself and many of my clients that when the goal is gaining strength while achieving and maintaining a lean physique, Intermittent Fasting is a great way to incorporate larger and more satiating meals, making a caloric deficit easier to maintain. Anecdotally, many of my clients and I have noticed increased energy and vitality during the fasted state, aiding in improved productivity and less time spent worrying over insignificant details such as eating every 2-3 hours.

Ramblings, Recommendations, and Things to Keep in Mind

I began IF in 2009 as more or less of an experiment to see what those IF quacks were freaking out about and why they insisted everyone needed to try it.

I was initially drawn to IF because of the massive quantities of food people reported eating while simultaneously getting shredded to bits. It was beyond counter-intuitive, especially considering the information I’d been force-fed since I was a child regarding breakfast and a high meal frequency, but fortunately I gave it a shot.

Nearly 3 years later with an entirely different set of goals I am still Intermittent Fasting and don’t see myself stopping any time soon.

To help you create your own individualized IF protocol, below is a brief and general guideline describing how to achieve and maintain a lean physique while gaining strength and improving athletic performance in the process:

Training days: Eat at, or slightly above, maintenance caloric intake.

Training Days: Roughly 20% of your total caloric intake should come from fat

Rest Days: Roughly 25% of your total caloric intake should come from fat

Please keep in mind these are rough guidelines and are by no means definitive. I encourage individuals to use them as a starting point to find what works best for them.

I need to make it clear that I am in no way, shape, or form arguing that IF is better than a higher meal frequency approach to eating.

Each and every individual has different goals, needs, and preferences which must be taken into account.

For some, Intermittent Fasting may be the missing link that will aid them in achieving their ultimate goals.

For others, it may have a negative impact or no affect whatsoever.

In the end, the best meal frequency is the one that allows you to reach your goals in the easiest and least restrictive manner.

If Intermittent Fasting works for you…great! If not…so be it.

When you find the method which you enjoy most that also facilitates significant and long-term success, USE IT!!!!