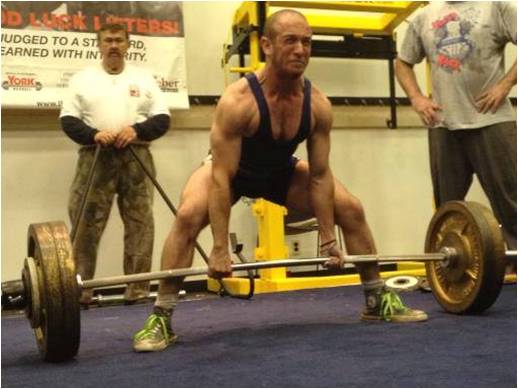 Exercise Video of the Week: How to Eliminate Neck and Bicep Pain while Deadlifting

It’s no secret that I love Deadlifts.

But, let’s be honest, what’s not to love? 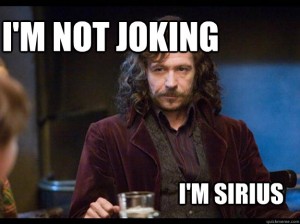 Unfortunately, lot’s of people end up experiencing neck and/or bicep pain while deadlifting.

There’s a variety of reasons as to why this could happen, but two of the most common reasons pertain to easily-fixed technique issues.

Specifically, flexing the elbows and shrugging the shoulders while deadlifting can lead to a host of problems including chronic bicep and neck pain as well as decreased strength and performance.

While it seems like common sense to “just stop” bending the elbows and shrugging the shoulders, experienced coaches and lifters will attest to the fact that it’s much easier said than done.

To combat this problem, I’ve come up with an extremely effective visualization-based cue to help my clients and athletes eliminate neck and bicep pain while deadlifting.

Watch my brief instructional video to find out.

How to Eliminate Neck and Bicep Pain while Deadlifting

I’ve Got 2 More Tricks For Ya

1. Roll Your Bi’s and Traps

In addition to the “make your arms as long as possible!” cue, using a lacross ball on your biceps and upper traps as a form of self myofascial release (SMR) prior to deadlifting is extremely effective. 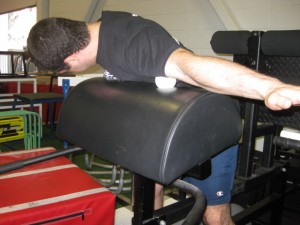 SMR for the biceps via Ben Bruno

SMR for the Upper Traps

Not only will it help to “calm down” these often overused muscles and subsequently keep you in better position while deadlifting, but SMR may help improve tissue quality in the area and reduce your risk of injury.

Not sure how to properly perform SMR?

At the bottom of this article I’ve provided a link for you to sign up for my free newsletter. Once you do that you’ll receive a free copy of The Syatt Fitness Guide to Warming Up which includes an in-depth full-body SMR tutorial.

Lot’s of powerlifters look up while Deadlifting which hyperextends the cervical spine while straining under load.

While this isn’t inherently bad (even I used to do it while Deadlifting more than 3x my bodyweight) it’s definitely not good for you. 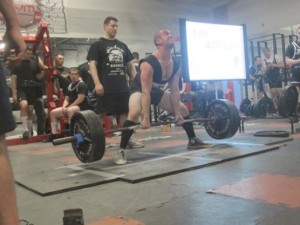 See how I’m looking straight up and my neck is severely hyperextended?

I eventually started to get some pretty nasty headaches and neck strains after Deadlifting so I knew it was time for a change.

Instead of throwing my head back and looking up at the ceiling, I decided to keep my gaze straight ahead which facilitates more of a neutral spine. 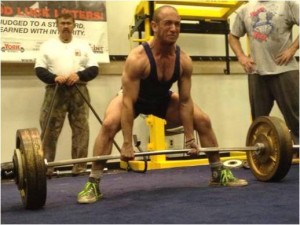 See the difference? This time I’m looking straight ahead rather than up at the ceiling.

Through changing where I focus my gaze during the Deadlift I’ve actually increased my overall strength and performance while simultaneously reducing neck strains and tension headaches.

All that being said, it’s important to note that I’m not “packing my neck” to the point where I’m giving myself a double-chin. While some coaches tout the use of an extreme chin-tuck, I’ve found looking straight ahead while maintaining slight cervical extension to be optimal for my clients and me.

I hope you enjoyed this article and that it helps you move one step closer towards achieving your ultimate goals (aka deadlifting a buttload of weight).

As always, if you have any questions or comments you can leave them below.