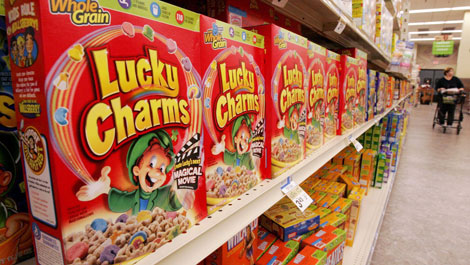 Mix the two together and you’ve got yourself a high-protein, [relatively] low calorie, and delicious snack…or meal depending on how much you eat.

If you’re feeling crazy you might even want to add some berries (strawberries & blueberries are my favorites) into the mix.

Try it. Your mouth will be exploding with flavorgasms for hours on end.

In the meantime, I’ve got a ton of great fitness information for you including 5 strength lessons and 15 of the best articles from the past week. I hope you enjoy this installment of The Week In Review and have a wonderfully spectacular weekend.

Monday’s Strength Lesson: Quit trying to do everything at once.

Given the opportunity, I think most of us would jump on that bandwagon in a second.

Unfortunately, trying to do everything at once is the easiest way to accomplish absolutely nothing.

For a variety of reasons (from physiological limits to high-level mental obstacles), trying to achieve several goals at the same time is more or less impossible.

Rather than spin your wheels time and time again without a single positive outcome, focus on one thing.

And get better at it every single day.

You don’t need to see drastic improvements…but focus on one thing and get 1% better every single day.

Right now it might seem too slow…too much work for not enough progress. But after 6 months, 1 year, and 3 years down the road you’ll look back and think “holy shit that went by way too fast!”

Tuesday’s Strength Lesson: The most important determinant of success?

***Self efficacy*** (the belief in your own ability to accomplish a given task).

Coaches – If you aren’t helping your clients *truly believe* that they are capable of success it will be drastically more difficult for them to achieve their goals.

As a coach it is YOUR job to help them realize that they are unquestionably capable of succeeding. This won’t necessarily be easy…and it often won’t happen on the first try…but persistent and targeted efforts yield truly extraordinary results.

Looking for a simple and effective training program to increase your Deadlift?

Give this session a shot:

Thursday’s Strength Lesson: Should you practice both sumo AND conventional deadlifts?

A very common question I receive on a weekly basis, most lifters prefer to stick to a single variation rather than practicing both lifts.

Solely performing a single variation will likely favor your strengths and neglect your weaknesses; exactly the opposite of what a good training program is supposed to do.

Another issue with performing the same variation over and over again is drastically increasing the likelihood of developing an overuse injury.

So, to answer the initial question, yes. You should practice both sumo and conventional deadlifts.

But how often should you switch variations?

Read THIS ARTICLE for an in-depth explanation.

Friday’s Strength Lesson: “Look at a stone cutter hammering away at his rock, perhaps a hundred times without as much as a crack showing in it. Yet at the hundred-and-first blow it will split in two, and I know it was not the last blow that did it, but all that had gone before.”

Persistence, the will to keep pushing no matter what, is the deciding factor between failure and success.